Dating right after divorce can be an easy trap to fall into! What are the dangers of dating after divorce? And what to do instead?!

Dating after divorce is a really hot topic. One of the things that happen with us when we break up with our spouse, we always feel like NOW WE KNOW, it’s not going to happen again. We throw ourselves in the world of dating. Meanwhile, our worlds are collapsing.

Here’s why I’m passionately AGAINST dating right after divorce. 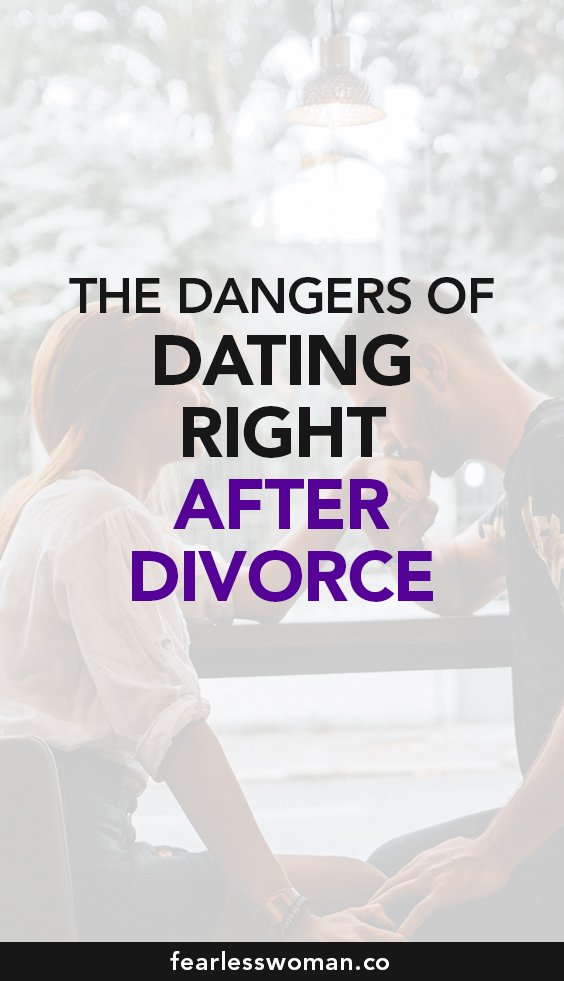 The dangers of dating after divorce

Here’s what happens right after your divorce.

You’ve been married for years and now you’re dealing with the divorce. At a minimum, divorce takes at least 12 months, probably at least 2 years.

You’re having all of these emotions!! You throw yourself in the world of dating.

For many of us, online dating is a whole new world! And it’s really easy to meet people. So, right away, you say “I’m going to meet my Prince Charming! Someone who will take care of me, my kids, he’ll have the money…”

You’re showing up with lack, being vulnerable.

And guys can sense that! From the way you’ve set up your profile to the way you respond to their messages.

That’s when you attract predatorial men.

When you’re desperate for love, you’re blind to all the red flags.

If you’re desperate for attention, of course, you NEED love. But imagine the vibe that you’re putting out!! You start attracting guys that play around with you.

He was supposed to be your survivor!!

And this will create just more chaos and drama in your life. Even worse, because now you’re coming from a place of lack and vulnerability.

You must be a grown-up!!

Being needy for love, wanting for a guy to take care of you and your family will be the trap. There are so many horror stories I’ve seen and heard!!

When you’re a grown-up, you realize that there is NO PRINCE CHARMING. Yes, there are wonderful men out there!! But no one will rescue you.

You’re so broken and depleted!! You’re sad and lonely. I know!! But to latch on a guy to take care of you will break you even more.

Healthy men will not come around you at this time. They will sense your chaos.

Like attract like! You’re attracting men on an equal level as you. You will attract a guy who is feeding from your vulnerability.

Instead, commit to 6 months of no dating.

You’re not thinking straight!! You have to self-nurture, self-educate, self-heal.

You must self-heal and learn to feel good! You must have a chance to express yourself, to be heard.

The second marriage divorce rates are twice as high as the first one!! Your first priority is dating yourself!

That’s why I created Fearless Woman – to create such a community on a global level!

Keep in mind the dangers of dating after divorce before you jump into the next relationship!