I just can’t believe the whirlwind it was when I broke up with my husband and entered the dating world. I was completely in shock. Obviously, many of us who’ve been married for tens of years, we didn’t date with the apps that are so popular these days.

I’m here to tell you – when you’re ready to start dating again and have a man in your life again, there’s one VERY important perspective.

And that is YOUR ATTITUDE!

When it comes to meeting a man, it’s not about him, it’s about you!!

I see many comments

But I don’t care about him!! We’ve been married and we’ve had kids. We’ve been down that road.

For me, having kids was a very important achievement in my life. And when you have the mindset that you’ve already done such a big thing in your life, the rest is cake.

Or will survive! Because it’s the ONLY option!!

And from there, everything else is simple. 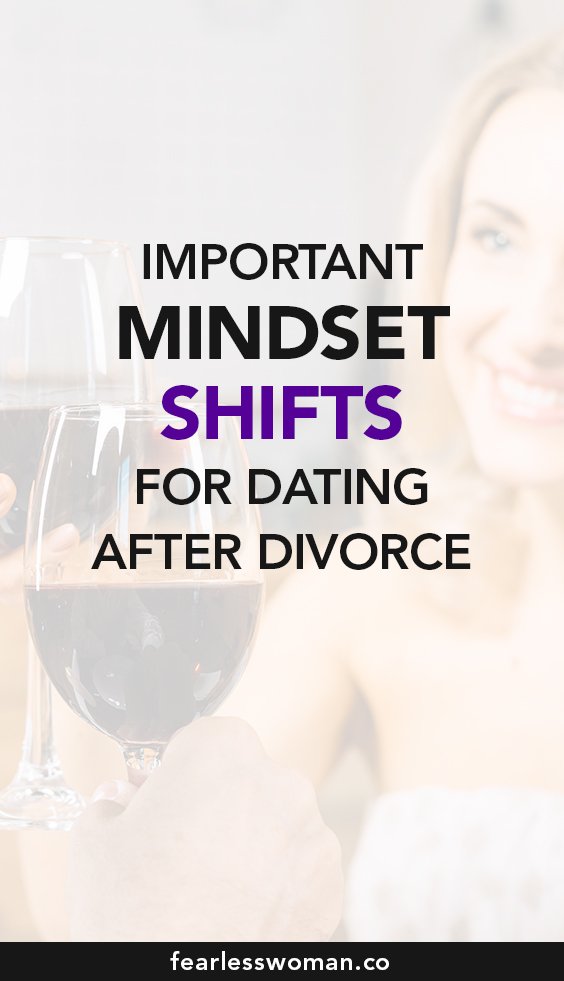 Mindset shifts for dating after divorce

The more your release the power of him, the more power you’ll gain yourself.

The most empowering mindset shift when it comes to dating is not to give him any more power. That’s over! We don’t surrender our power to anyone!

When you start dating, it’s about YOU

I recently talked with a client who went on an amazing first date. They had a great time. However, the next day, the guy called to say that he had a great time but they don’t seem to be a fit…

She was devastated! She said, she thought he could be the one!

Imagine the power you’re giving to this men for you to be able to say HE’S THE ONE after ONE date.

You can’t surrender your power. You can’t put all your ends in one person.

If you could say that he’s the one after a few dates, you’re still too needy to start dating!!

When you’re needy, you will attract the wrong type of man.

If you want the man badly, you’re actually pushing him away.

Mindset shift #1: Don’t get attached to a man

Instead, attach to the end result.

For example, if your end result is “I want a boyfriend” or “I want fun!”, that’s what you’re attached to. And understand that dating is just the process of that.

When you’re going recovering from divorce, your bar will keep getting higher and higher.

That’s why, I’m against dating right after the divorce. It’s extremely dangerous! You’re so needy, you haven’t fulfilled your own needs. You’re vulnerable. You’ll attract a man who’s not good for you.

If you find a good man while being broken hearted THAT’S JUST LUCKY!! It really happens very rarely.

If you go out there and date as fast as possible, you’re still in shock.

If you want to go out, meet guys and have fun – go for it!! But you need to be strong enough to not be emotionally vulnerable.

Embrace THE POWER of being a woman.

You’re an adult, a grownup.

When I talk with women, I hear so many rules…

So many false ideas…

NO! Now, you have a white canvas and you can do whatever you want about it.

The only reason to look backward is to LEARN. That’s important. Don’t beat yourself up. Instead, learn WHY you were with him, what you liked about him and what happened along the way.

It’s time to stop beating ourselves up. We need to value our experience. We’ve been around the block! There are other amazing man out there!! And they will come our way when we’re ready.

We’ve just been looking out the wrong window.

Ditch the rules, do what feels good!