What does being a co-dependent mean?

Before we get started, you need to understand that being co-dependent has nothing to do with your independence! You can be independent and still be co-dependent.

There are plenty of independent people who are co-dependent.  I was the same way!!

Co-dependent is somebody who wants to control, save, fix, rescue or change you.

Why being co-dependent is so bad? Because the person who is focusing on controlling, saving, fixing, rescuing and saving the other person usually is attracted to unhealthy relationships. In most cases, co-dependent people are together with alcoholics, abusive and toxic people.

Co-dependent is not meeting his/her own emotional needs.

An extreme example. When the husband is an alcoholic and wife tries to fix him. He gets thrown in the jail, the wife bails him out. He promises to change, to go to AA meetings and the wife believes him. When he makes mistakes, she forgives. She helps to get to the meetings, goes shopping for the man.

It can happen with anyone! With siblings, spouses, friends.

The co-dependent person usually has its own issues but they rather focus on other people’s problems instead of their own. 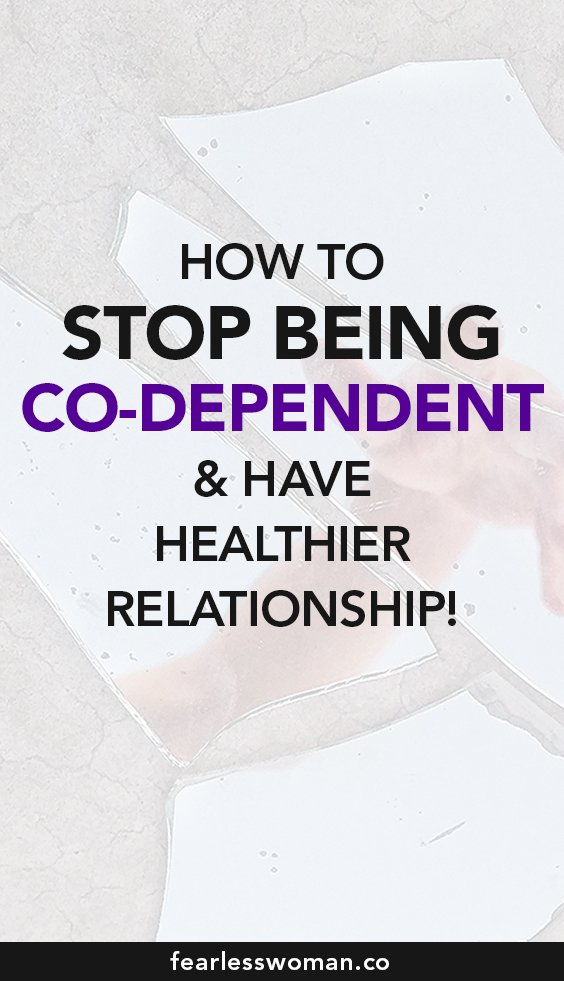 What can you do if you think you’re co-dependent?

If you feel like you’re co-dependent, constantly wiped out, tired of trying, you must seek the chance!

It doesn’t matter how much time and effort you invest. If the toxic person isn’t interested in changing, he/her won’t.

It’s NOT YOUR JOB to fix them. Instead, you’re enabling the behavior because you keep giving them a way out.

For example, when somebody is screaming or yelling at you, you must say “I can’t deal with this! Either you fix this behavior or I’m out!”

Instead, most people think “I don’t want to piss him off…”, “I’ll be careful and quiet”. Turns out, you’re fixing your behavior to help THEM! And it’s very exhausting.

You’re the one with the issue here!!

Eventually, you’ll realize that you’re doing the same thing not only with your spouse or partner but also with your friends, co-workers and family members.

First, recognize that you’re the one who needs to change.

This website uses cookies to improve your experience while you navigate through the website. Out of these cookies, the cookies that are categorized as necessary are stored on your browser as they are essential for the working of basic functionalities of the website. We also use third-party cookies that help us analyze and understand how you use this website. These cookies will be stored in your browser only with your consent. You also have the option to opt-out of these cookies. But opting out of some of these cookies may have an effect on your browsing experience.
Necessary Always Enabled
Necessary cookies are absolutely essential for the website to function properly. This category only includes cookies that ensures basic functionalities and security features of the website. These cookies do not store any personal information.
Non-necessary
Any cookies that may not be particularly necessary for the website to function and is used specifically to collect user personal data via analytics, ads, other embedded contents are termed as non-necessary cookies. It is mandatory to procure user consent prior to running these cookies on your website.
SAVE & ACCEPT
We use cookies to ensure that we give you the best experience on our website. If you continue to use this site we will assume that you are happy with it.YES, I AGREE