Have you ever thought that you, yourself, are enabling toxic relationships in your life? Find out how being co-dependent can bring you straight into a toxic partnership! 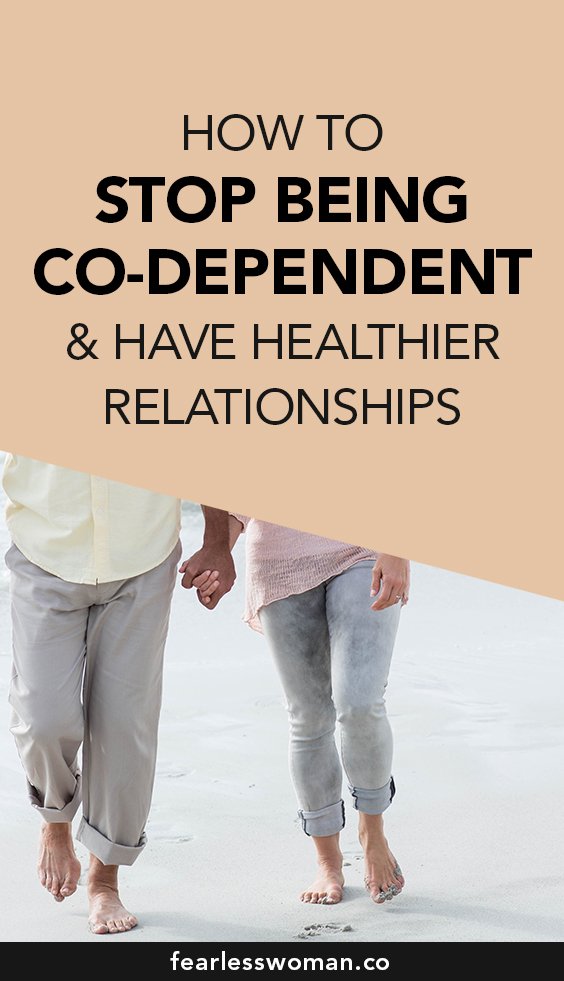 What does being co-dependent really mean?

A lot of people get confused and think they are not co-dependent because they are independent… When, in reality, is has nothing to do with being independent!

Being co-dependent means that you want to control, save, rescue, fix or change someone else.

That’s what a co-dependent is!

And let me tell you why it’s so bad…

And they end up not addressing their own needs.

Can independent people be co-dependent?!

There are A LOT of independent people who are co-dependent to remember that these two terms have nothing to do with each other!!

For example, a wife has an alcoholic husband. He gets thrown in jail and she’s the one going to bail him out. Later, he says he’s going to change… he’s going to AA meetings, he’s going to stop drinking… But soon enough he’s back to his own old patterns. And the wife is the one who tries to pull him out.

She throws out the alcohol and drives him to the meetings.

But it’s not up to her to rescue him…

In such relationships, the co-dependent person is the one who has their own issues. You end up being so soaked up in your own problems that, instead of saving yourself, you find it easier to get fixated on someone else who has issues.

It’s NOT UP TO YOU to figure it out. Instead, you are actually enabling this situation!! You are always giving him the way out.

For example, if your husband yells at you all the time, you start to think, “okay, I have to be more careful about what I say”. You start to tiptoe around him to make him feel better!!

All of a sudden, you are changing your behavior to change HIS behavior and it really gets exhausting.

You think he has the issue – and yes, he does – but you have to think about YOURSELF.

You will also often find that this happens with a lot of people! Maybe you’re doing it with your family, at your work…

How to stop being co-dependent?

So what do you do in this situation!?

First of all, it’s important to recognize that you have a choice. You don’t have to put up with it!!

If you start being open-minded and realize that you HAVE other options, you’re going to improve your life!!

The way you get started – you don’t go to bail him out of the jail… You don’t tiptoe around him.

Instead, you start creating boundaries for yourself. You have to fix, rescue and save yourself!! Learn to create boundaries with this free guide.

Own your power, tap into who you are as a person.

If he wants to change – he will. It’s not your decision!

If you keep going, it’s not going to end.