I believe so many women are being FAKE. Divorced, married, single, businesswomen and others. Some call it “imposter syndrome” but I like to be honest and call it being FAKE. Are you fake? How to break the cycle of being fake?

How do I know that? Because I used to be fake too!

Why people show up as fake?

Why do YOU show up as fake? 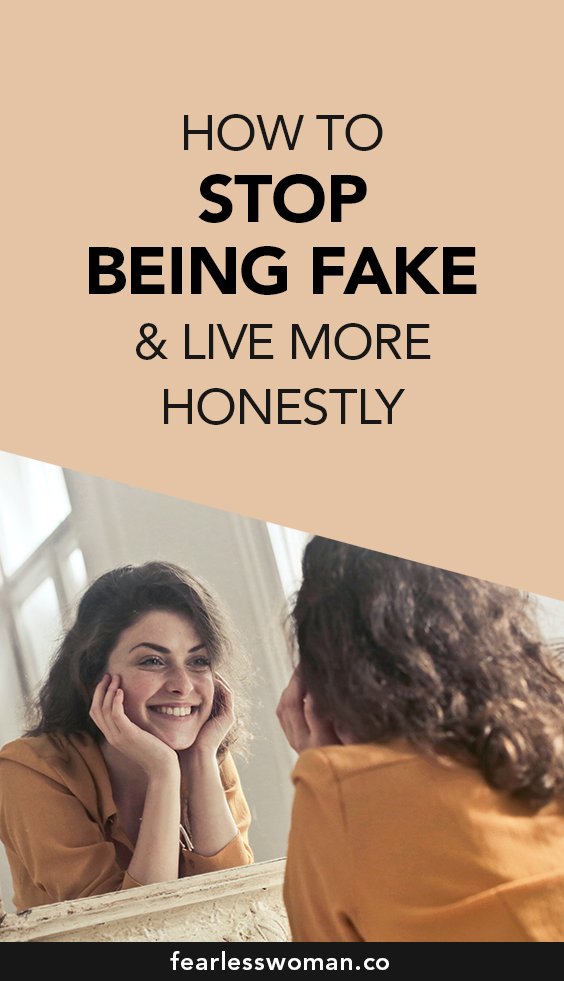 Are you fake? Why do people show up as fake?

The biggest reason is rejection.

A lot of us are so afraid to really show who we are because we are afraid that THEY will not like us.

We show up as somebody that is not true to us because we seek validation from other people.

Now, you’re working so hard on being someone you’re not for others to validate this person!!

The other reason people show up as fake because they don’t have enough self-trust and confidence.

There’s so much doubt, negativity and low self-esteem. So you show up in a way that the world wants you to see.

At the end of the day, it’s easier to be someone who your boyfriend wants you to be, your parents, your teachers.

So many people are online now and it’s a wonderful world to be! At the same time, so many people are SO AFRAID to share their voice!! They blindly follow what others want. We look what works for others.

And you keep validating the fact that you are not enough, that you can’t be true to you but others have it figured out. So you continue to contour yourself into a hot mess, with your husband, boyfriend, parents, work.

Why showing up is so dangerous?!

Two people really miss out when you show up fake.

The first person is whoever you’re being fake to. Your lover, your boyfriend, your friend. They are having a relationship with someone who isn’t real.

When you show up fake, you’re not attracting your ideal person. You’re attracting the opposite!! This business as showing up fake has to stop.

You’re doing such a disservice to people you’re showing up to.

Besides that, you’re going to get EXHAUSTED. It is so much work! The amount of effort, thoughts and feelings is crazy. Then you feel empty, unfulfilled, unhappy.

You start blaming others. Your husband, your work, your parents.

But YOU’RE THE PROBLEM. It’s bad because you’re faking.

So you have to ask yourself the real question: are you being fake?

Being exhausted can prove that you’re being fake. To be SO ON all the time it’s exhausting.

In this situation, you’re always thinking the plane is going to crash. You’re always ready for it. And it become exhausting.

The second person who loses out if you’re being fake is YOU. You lose out, big time.

It’s not about him. It’s about you!! It’s not selfish.

To not put yourself first is actually selfish!!

Stop being fake! Be free to be you! You’re worth it!!